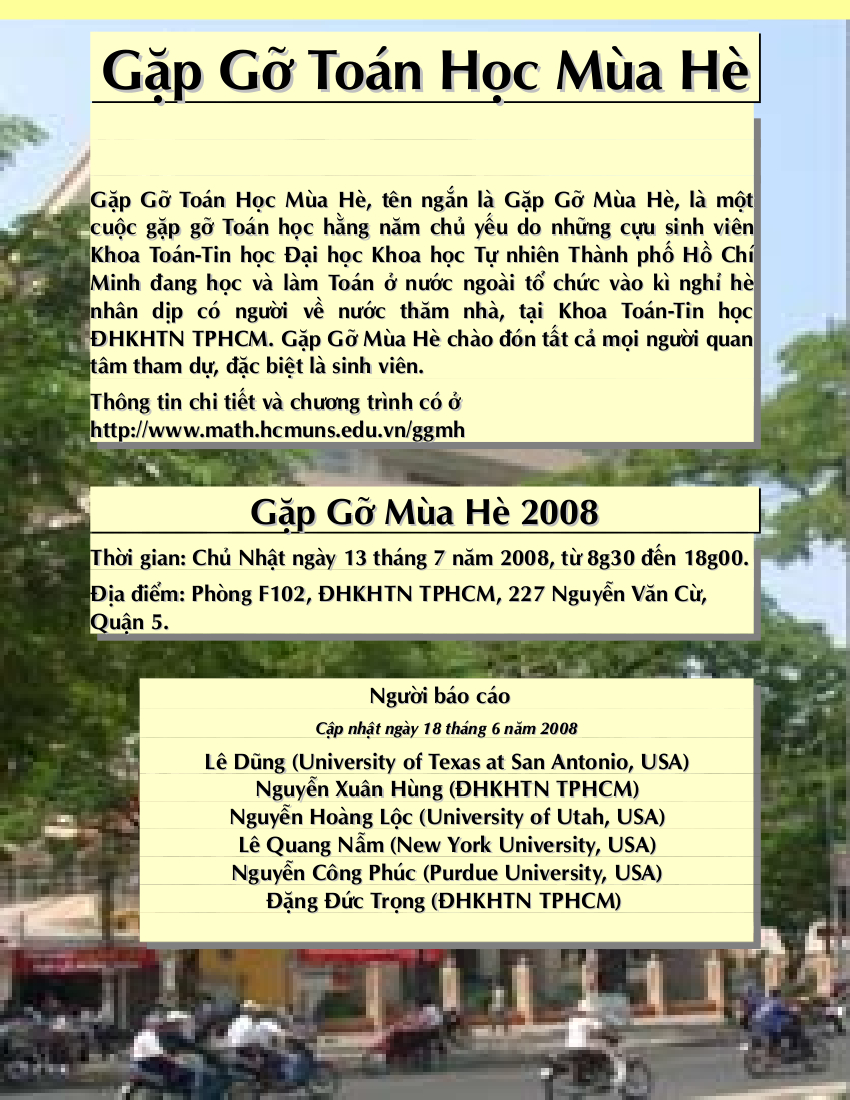 A dual analysis for mechanics problems

This report revises briefly the application of the dual analysis concept to elasticity problems. In this method, a same problem is analyzed simultaneously by a displacement and an equilibrium model. The energetic distance between these two models is the sum of both global errors and consequently, an upper bound of each of them. After an exposition of the two models, numerical examples are illustrated, which show the high obtainable accuracy of the method.

In 1981 Peter Hess established a multiplicity result for solutions of boundary value problems for nonlinear perturbations of the Laplace operator. The sufficient conditions given were later shown to be also necessary by Dancer and Schmitt. In this work we show that similar (and slightly more general) results hold when the Laplace operator is replaced by the p− Laplacian.

We give complete characterizations for the solvability of the following quasilinear and Hessian equations:

on a domain Ω ⊂ R . Here ∆p is the p-Laplacian, F k[u] is the k- Hessian, and σ, ω are given nonnegative measurable functions (or measures) on Ω. Our results give a complete answer to a problem posed by Bidaut-Ve ́ron in the case σ ≡ 1, and extend earlier results due to Kalton and Verbitsky, Brezis and Cabre ́ for general σ to nonlinear operators.

This talk is based on joint work with Igor E. Verbitsky.