Continuing a tradition, this year Summer Meeting is an occasion for  former students of our department who are now studying and doing mathematics abroad, and those who have just returned, to meet and to introduce their works.

The following people have agreed to give talks:

Phan Thành Nam: The stability of matter in quantum mechanics

The talk will address, under the mathematical viewpoint, the questions like: why the electrons in an atom do not fall into the nucleus, why a neutral atom can not bind too much more electrons, and why the ordinary matter is stable in the sense that the energy and volume occupied by 2N atoms are twice that of N atoms.

We would like to introduce a way to construct irreducible characters of Sylow p-subgroups of the Chevalley groups D4(p^f), and give a sketch why p=2 is a bad prime for Lie type D as level of their Sylow p-subgroups. (joint work with Kay Magaard and Frank Himstedt) 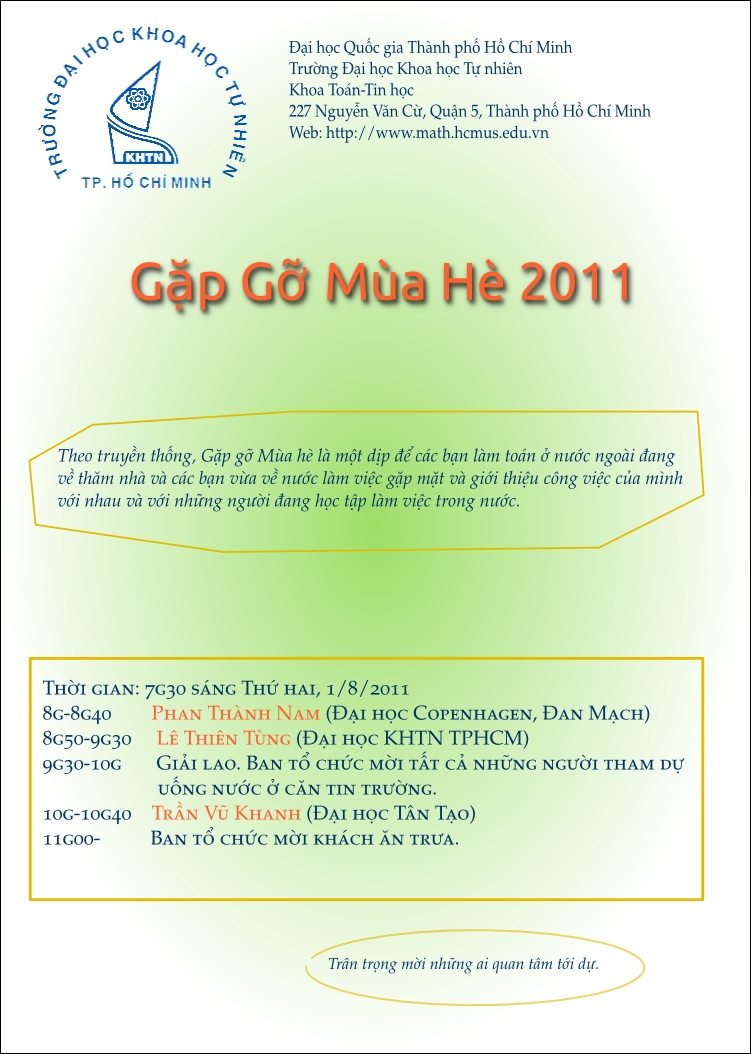